After completing his National Diploma in Agriculture at Reaseheath and spending time travelling Australia Sam knew he wanted to focus on the future of his family farm.

Sam of Hesper Farm at Bell Busk, initially launched Hesper Farm Skyr at the 2015 Harrogate Fine Food Show after researching ideas on how the family dairy farm could diversify.

Inspired by his research into the Icelandic cow and trips to Iceland to train in the art of making the naturally fat-free skyr, Sam recognised the potential of the product.

After extensive market research to confirm the demand for skyr in the UK, he took the product to Reaseheath Food Centre for initial trials to achieve his perfect formula.

Sam, 22, whose family has farmed locally for generations, is proud to be the first farmer to launch skyr in Britain and the first to bring skyr to the market with British milk. The skyr is produced onsite using milk from the farm’s award winning Airburn herd.

It’s currently available to buy from a host of farm shops and delis across the Yorkshire as well as being stocked by chefs and businesses via Wellocks wholesalers and plans in place for further expansion later this year.

He explains: “I started to read up on skyr when I was looking at ways we might be able to diversify. It really caught my attention because of its massive across Scandinavia and Iceland, and has really taken off in America too.

“It’s a really interesting product with great health benefits and I realised no-one was making it here. We are the first farm to make it onsite with our own specially-trained expertise, using our own British milk.

“The cow on our pots and logo epitomises what we are trying to do. It’s a drawing of a cow called Baby that I bought at auction a long time ago. I liked the look of her unusual markings. Her temperament means she always stands out from the crowd too.

She does exactly as she pleases and there is no persuading her otherwise! She’s been with us all these years and really represents our aim in doing something different and making skyr – we don’t follow the herd.” 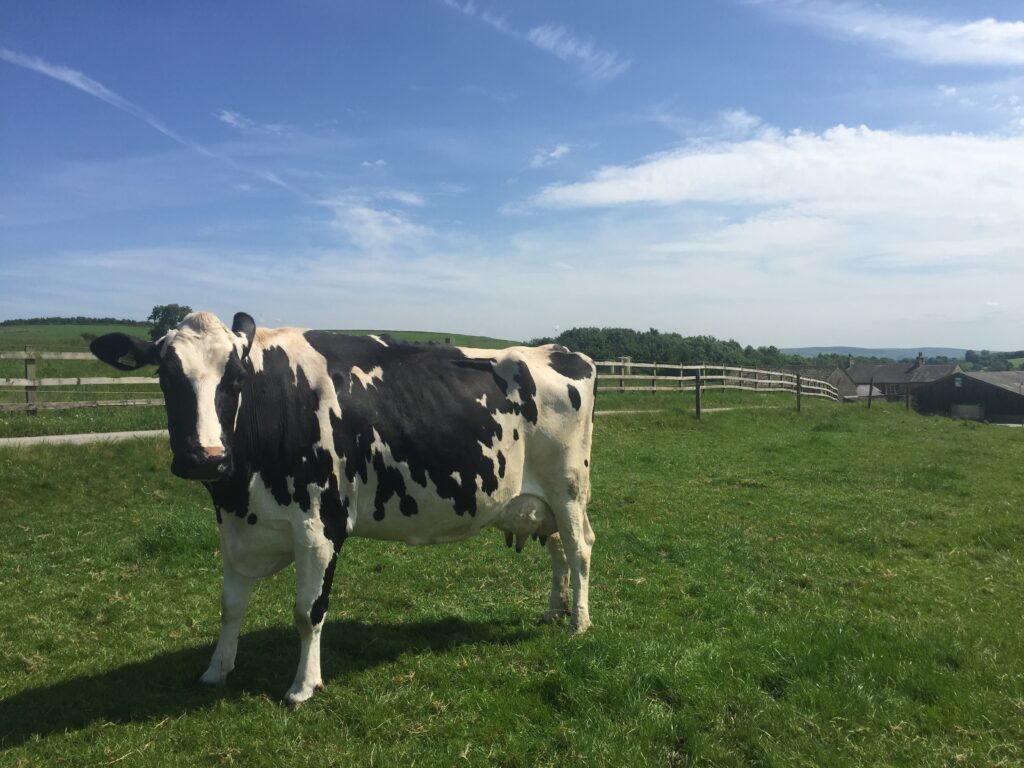 Skyr (pronounced skeer) is a staple in Iceland and dates back to around the ninth century. It is made by incubating skimmed milk with live active cultures. The water contained in the milk – the whey – is then strained away. Per pot, about four times as much milk as an equivalent pot of traditional plain yogurt is used meaning it’s incredibly thick and creamy. It also means that the skyr contains more protein and calcium than standard yogurt.

Sam realised he would need expert tuition to learn how to make it, so set off for Reykjavik and asked around delis until he was put in touch with dairy engineer Thorarinn Sveinsson, who works for the Icelandic Farmers Union. Thorarinn taught him the labour-intensive process behind making skyr and then visited Hesper Farm once the new purpose-built dairy was finished to make sure the skyr Sam was producing was perfect.

Thorarinn said: “I had been getting increasing numbers of phone calls from people interested in skyr but I was so impressed with Sam, I knew I wanted to work with him. He has taken the whole  process so seriously and has paid attention to every last detail. In fact he is using a heritage culture which originally dates back to 874,meaning his skyr is genuine Icelandic skyr – the real thing made in the Yorkshire Dales.

“Skyr is part of everyday life in Iceland. I am sure that with its delicious taste and the health benefits you’ll see it becoming part of life here too. I have loved my visit to the Yorkshire Dales. It is a truly beautiful part of England.”

With business going from strength to strength, most recently Sam featured on James Martin’s Home Comforts where he demonstrated his approach to skyr production.