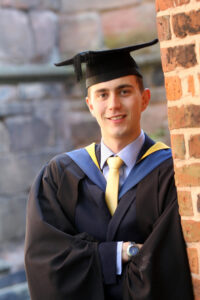 This international job opportunity came about for Owen whilst he was still a student after impressing our then farm manager Mark Yearsley. Mark, who has since moved to a senior dairy operations management post in Australia, approached Owen when looking for an ambitious dairy herd manager – and he jumped at the chance.

Owen, 23, is now working at an impressive 10,000 acre dairy farm two hours drive north of Melbourne which currently has 2,000 high yielding cows but plans to expand to 4,000 cows in the not too distant future. He is spending his first year learning all the aspects of the business, including the care and commercial output of the dairy herd, the breeding  and production of youngstock.

Coming to college with no previous farming background, Owen initially completed his Level 3 Diploma in agriculture with us, which included a full middle year work placement at a dairy unit. He then progressed on to his Foundation Degree in Agriculture, excelling in all areas, Owen achieved an overall distinction.

He says: “I wouldn’t have got this amazing opportunity without being an agriculture student at Reaseheath. Coming to college has been the major factor in getting me to where I am now and where I’m likely to be in the future.”